This website is dedicated to the memory of our daughter 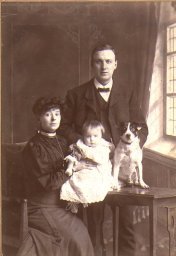 Where Did Our Journey Begin?

I was born a Jones with Welsh grandparentage, and married a McKenna with Irish roots.  Interspersed with English, Irish and German lines, the family origins are varied. They mainly cover Durham, Lancashire, Northamptonshire, Northumberland, Yorkshire, Breconshire, Glamorgan, Monmouthshire, Antrim and County Tyrone in Northern Ireland, plus Co.Wexford, Ireland.

The Jones's trace back to Glamorgan, but were living in Blaina, Monmouthshire at the time of the 1861 Census.  They moved to Middlesbrough when the Steel Industry was in its infancy in the 1870's.

County Tyrone, Northern Ireland and Co.Wexford, Ireland form the origins of the McKenna line, who like the Jones's found themselves in Middlesbrough in the 1880's, also working in the Steel Industry.

Penryn Jones married Freda Lack, whose family roots originated from Yardley Hastings in Northamptonshire, where a large number of Lacks still live to the present day.

John McKenna married Isabella Dixon, whose grandparents have been traced back to the Gateshead and Teesdale areas.

The four main ancestral lines on this site are:-